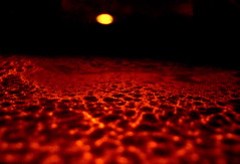 From time immemorial man has dreams of encounters with the aliens. There have been books written on it, movies made and it is the stuff of romantic scientific fantasy. I am however certain that even if there were other intelligent beings elsewhere in the universe, chances are that we will never get to communicate with aliens.

This, in spite of the fact that there was a news item some days back that the chances of finding alien life were given a boost after NASA revealed it had found evidence of more than 1200 planets in orbit around far distant stars. It is also stated that if the findings are confirmed, it will more than triple the number of the known planets outside our own solar system in one full sweep; amazingly 54 of them could support life.

In 4000 years the entire complexion of the human race will have changed. A message sent by us and answer received by someone 50 generations down the line – by that time even the question will have been forgotten.

At the rate at which we are destroying the planet, I wonder if human race will be alive to receive a reply.

Even if we were to be able to send a signal to the aliens living in that planet, it would still take 4000 years to get a reply because the signal too will take 2000 years to travel each way. Remember Einstein placed a cap on the speed – nothing can travel faster than light.

And to compound the matters, how would the aliens understand what we have to say – they may not know any earthly language.

And that is yet another reason why I feel that this entire attempt to get in touch with the aliens is futile. It is possible that they may have sent us messages in the form of radio signals and because we don’t understand their lingo, we may be treating those signals as plain noise!! After all, you can decode a message only if you know two things – one that signals are being sent and two, the language of the sender.